So, Greg Mankiw has made headlines again by trotting out yet another version of his lame argument that the rich deserve to keep all their money because they earned it and are the gooses that lay golden eggs for the rest of us troglodytes. I'm not going to provide any fancy counter argument since Krugzilla and all the other people in the links quite eloquently stomp his argument into the dirt.

Look, it's real simple: most of what determines your relative success in life has nothing at all to do with your effort or skill. You simply pop into this world and these things are handed to you. That's not say that effort and skill don't count but if you're one of the lucky ones you should spread that wealth around because you got it mostly out of pure stupid luck.

And I say this as someone who could - some might even say should - be on Greg Mankiw's side of the argument. You see, I dropped out of high school and did just about every drug possible but then went on to finish a *master's degree in french*. And, yes, it took a hell of a lot of hard work but it was mostly do to pure stupid luck. I'm just lucky that I don't have the addict gene. Some of the people with whom I participated in those teenage shenanigans are trailer living drug addicts now. I've never, aside from a puff off a joint here and there at a party, touched drugs since.

This is pretty obvious stuff folks so it makes one wonder how someone as demonstrably brilliant as Greg Mankiw can't figure this out. The answer is that people like him have the emotional makeup of your average 14 year old. Go talk to an average 14 year old about politics or economics and you'll see they make the same kind of black and white all or nothing arguments albeit in a much less sophisticated form. For some of us age brings wisdom for others it simply adds polish to there immature bullshit. Either that or they're just sociopaths. I'm convinced the Republican party is chock full of 'em.

P.S. - I'm not just running my mouth off here either. In moving from Seattle to Montreal I tripled my marginal income tax rate and doubled  the amount of sales tax I pay as well. And guess what: I'm tickled pink; I love it. It makes me happy to think about how anyone who has a mishap or gets sick can simply go to the hospital and get treated and they never even see a bill. And I'm overjoyed that Quebec's high school students consistently place at the very top of the PISA ratings in math, science and reading. And the list could go on and on. And guess what guess what: I want them to RAISE taxes! Because as far as I'm concerned Quebec doesn't have a debt problem it has a revenue problem and I'd be more than happy to kick in a little more so I can wake up every morning and think about what a civilized place I live in.

Update (June 27, 2013) -  When I say I did a "master's degree in french" I don't mean I studied the French language. I did a master's in economics at a university where all the courses were taught in French and this after basically teaching myself French at 30 years old. I'm again lucky that I have some natural talent for learning languages.
Posted by Noah Campbell at 3:17 PM No comments:

So the staunch arch conservative hangs out with Somalis and smokes crack. This is the 987,654,321st piece of evidence that the Drug War (TM) is a fucking joke.


His lawyers are claiming you can't tell what exactly he's doing or smoking... But: "Throughout the video Ford’s eyes are half-closed. He lolls back in his chair, sometimes waving his arms around erratically. He raises a lighter in his hand at several points and moves it in a circle motion beneath the glass bowl of the pipe, then inhales deeply." Yep, he was smoking crack for sure (1).

And, Rob Ford is calling the allegations ridiculous without actually denying it. Hmmm. He's supposed to be a straight talker; why doesn't he just come out and say "Yeah, I like to smoke some rock on my day off. Mind your own fucking business."

This is one of those areas where I'm a total libertarian. I mean, who really gives a shit if the mayor likes to hit the pipe a little on the weekend? And FYI all those scare stories about how anyone who comes within a 100 mile radius of crack becoming an instant addict is nothing but DEA propaganda. None of the other drugs are any more addictive than alcohol.

I'd like to see Rob Ford and Marion Barry hold a joint press conference where they take a big hit off the pipe and blow it in the journalists' faces. It'd be like a crackhead "Ebony and Ivory".

1. Crack is nothing more than cocaine and baking soda. The "rock" is made through the extremely complicated process of putting them both in water and heating it up to evaporate off the water leaving a clumpy brownish substance. And in fact crack is considerably less potent than "freebase" which is made by heating cocaine powder in ammonia (or ether but this is considerably more dangerous due to ether's highly flammable nature) to take out all the impurities and leaving a translucent crystallized "rock". When you smoke the stuff (freebase or crack) it doesn't burn but melts. So the best way to do it is to turn the pipe upside down and heat it up to make a vapor that you then inhale. Don't ask how I know this (Oh OK, I did a lot of drugs when I was teenager. Happy?)

Posted by Noah Campbell at 8:45 PM No comments:


So, Mark Thoma links to an interesting article. Although, I have to say I'm not surprised by the result. In my professional experience people quite regularly throw their morals right out the window to make money on a regular basis. I know I've done it. And Felix Salmon points out that in some industries it's even a business model.

To give an example, quite moral people do shoddy and unsafe work all the time in the construction industry. Those walls in your office might not hold up as well as you hope when the big mother earth quake comes... I have a friend in Seattle who was working on a job when an earth quake struck and he said the walls were flopping around like a flag in the wind. And this was a minor quake; it just happened that the building he was in was right on the fault line. When the big one hits I wouldn't be surprised to hear that people were injured by sheetrock that was literally popping of the walls and hitting them on the head.

And to give a personal example, I remember working on a church and participating in cutting some corners on work that is concerned with fire safety issues. Nothing major, just a little fast and dirty on the workmanship and, unfortunately, very common in the industry. Now, I'm agnostic so I don't care that it was a church. It could have an abortion clinic for all I care. I've just always felt a little uneasy about doing work that poses a potential safety issue for others. And I hate to think that people are sitting there thinking they're perfectly safe when they're actually just pretty safe...

But what could I do? If I didn't do the work for union wages and benefits it's almost certain that some scab would come along and do it for less. So, I went ahead and did it.

But the kicker to this story is that I groused to the foreman - as, to my credit, I always did - that what we were doing was pretty assholic. And he told me that he totally agreed and that the worst part about it was that the church was where the boss of the company (who told us to do the work that way) goes with his family every Sunday... Think about it. People will not only put the safety of strangers at risk to make a little more money but also the safety of their own family!

Markets in everything! Sell your kids! Sell your wife! It's only someone's life!
Posted by Noah Campbell at 12:03 AM No comments:

Ah, my first blog post which I've been meaning to do for months and months and months. So to start it all off in classic fashion: a cartoon! (Ok, silly stuff I wrote into a press photo...). I was putting these up on my Facebook page but none of my friends seemed to think they were funny (or never indicated so at any rate). Which lead me to conclude that Facebook was mainly a way to figure that, when they haven't been drinking, my friends are mostly boring humorless dweebs. 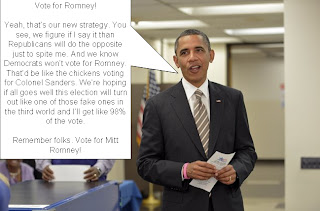 Posted by Noah Campbell at 6:48 PM No comments: